The new form of photon beam therapy used to treat both cancerous and noncancerous tumors. The process involves delivering X-rays and gamma-rays in the form of photon energy. These beams are focussed through an accelerator that directly penetrates the affected area and kills cancer. These rays are emerged from a special machine to align and focus the beam linearly known as linac(linear machine).

Photon and protons both methods are quite famous in treating Cancer. However, photon beam radiation is considered a traditional method of treating cancer. The photon beam radiation of X-rays directly penetrates the affected cell. Photon is a beam of light energy and travels with the speed of light to the affected cell. But carry a disadvantage along with an advantage that brings discoloration and thickened the skin around.

But the real concern is it harms other organs deadly as it passes through them. Like, imagine what if during killing cancer your lungs and heart affected. And this exactly happens during breast cancer treatment. This photon beam penetrates your body completely and whatever comes in the path affected badly. For instance, if it affects hearts you might have to suffer from a heart attack and heart failure. In the same way, it affects your lungs in such a way that it slows down the functioning sometimes stops to work. 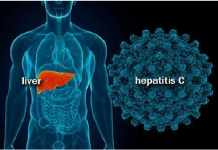