If you have a fetish for gaming are insanely obsessed with them, you surely do know the importance of DLC. DLC is the downloadable content that you can download from the internet along with games or via the games. They may be paid or may free, according to the company’s preference. This DLC adds extra premium features, along with new heroes, superpowers, mechanics, war and much more

Sega’s Total War: Warhammer II is all set to launch its DLC, named, The Hunter and the Beast on the 11th of September. The game already has 6 free DLCs and 4 paid DLCs.

This DLC will be adding two more superheroes or legendary lords for the Empire and Lizardmen races. Each lord will have their respective unique faction, and numerous weapons and mechanics and many more devastating battles fields for you to choose from.

What to look forward to

Each lord brings along, an absolutely different aura and theme to choose from. For instance, in one we have Huntsmarshal’s Expedition. It has famous Hunters Heroes, devastating battlefields, and portable gunpowder batteries.

On the other, we have, new Kroxigors, Rites, and Rozordons, along with a new Dread Saurian. 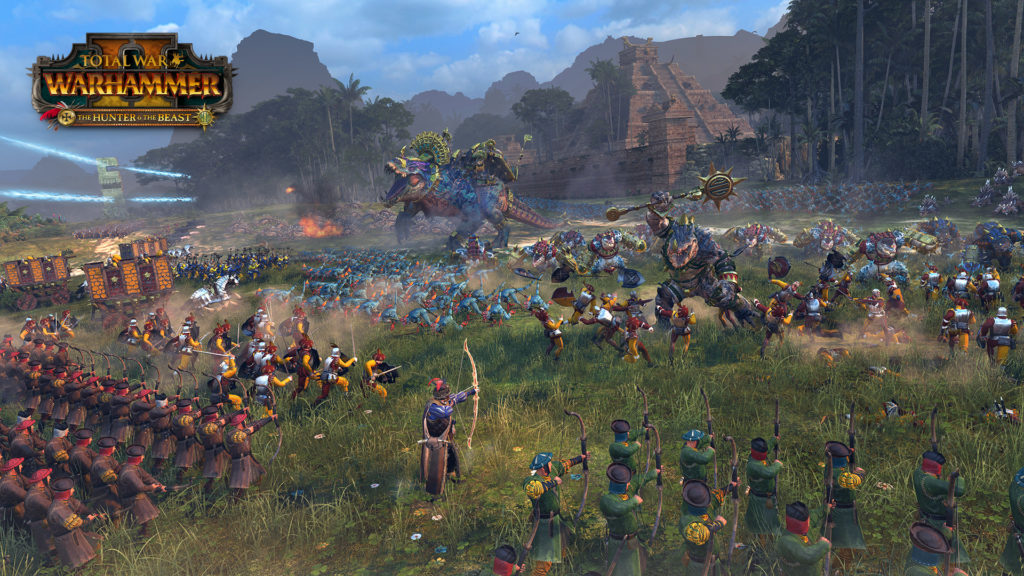 This Dread Saurian is the largest ever playable Warhammer Unit. If the player uses this Saurian on a battlefield, pandemonium may break loose on the enemies. It will wreck the entire opponent team, with its fang lined jaws.

There is something for everyone

In addition to the fifth paid DLC, the game, Total War: Warhammer 2 will also have a free for all update simultaneously. This too will include a new legendary hero about which, much is not known. The battlefields and forts too will be getting updated in the latest update.

Going All Out with the Gaming PC of Your Dreams