Toyota’s new SUPER GT challenger was unveiled at a press conference at Suzuka on Wednesday, alongside the revised versions of Nissan GT-R and Honda NSX-GT and might we say, what we see is definitely the hottest pair of wheels we have ever laid our eyes on. With Toyota having confirmed Supra’s return to SUPER GT back in January with a concept version of the race car, clad in red-and-white Toyota Gazoo Racing livery, the news only gets sweeter as we go. Today, we give you an exclusive peek into just what this powerful car can do.

Old to new, only get betters

The Supra was a mainstay in the All-Japan Grand Touring Car Championship (JGTC) in the late 1990s and early 2000s but was replaced by the Lexus SC430 in 2006, three years after the Supra road car went out of production. Now, Supra’s return marks the final spell in SUPER GT for Lexus and its hugely-successful LC500, which made its debut only three years ago and powered Nick Cassidy and Ryo Hirakawa to the 2017 title.

Only the best for the best

Japanese manufacturer unveiled the final trim of the Supra late Wednesday, and it is certainly glamorous in its form. Built according to the new Class One regulations SUPER GT will share with the DTM from 2020, the Supra comes equipped with some of the finest technology that presently exists within the automobile industry.

The Supra will share the grid with an upgraded version of the Nissan GT-R, which is due to begin testing from Thursday, and a front-engined version of the Honda NSX. In addition to its stellar features, the sports car is definitely something worth turning an eye towards. 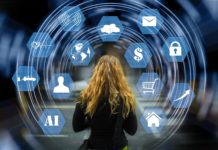 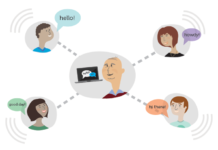 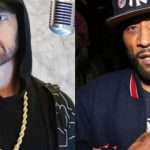 Eminem replied to lord jamar on observe ‘I Will’

Rishika Bajjuri - January 22, 2020 3:00 pm EST 0
Eminem shock dropped another collection, Music to Be Murdered By, medium-term.And keeping in mind that early audience talk encompassing the Hitchcock-roused collection has to... 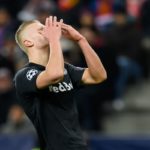 Prince Garg - January 2, 2020 2:00 am EST 0
The high rated striker, Erling Braut Haaland, has been signed by Borussia Dortmund. Braut is a part of RB Salzburg.22.5 million euros had to... 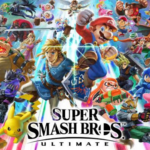 Super Smash Bros. Ultimate Dominates The Japan Game Awards 2019: Here are all the...

Legendary songwriter and artist, Daniel Johnston passed away of natural causes at his home in Texas late on September 12th....