Ubisoft announced a brand new event today in For Honor as players will ravage their way through the lands during the Wrath Of The Jormungandr. Like a lot of these events, you’re getting a new storyline as well as some special gear and challenges to take part in. This one revolving around Ragnarok, because as we all know, no one is sick of Ragnarok yet. Here we give you a detailed look into the event that will run in For Honor until October 3rd.

The in-game event will come with a special limited-time game mode, Ragnarok, which transforms the Breach game mode in celebration of the Jormungandr, their Hamarr, and the map Store Stronghold. Players will have the chance to wield The Mighty Hammer, creating remarkable combat with opponents in this special version of Breach mode.

Two modes, one warrior for the win

The Hammer is spawned by the deadly Sea Serpent, and will change the moveset of each character, adding two new special abilities to take on enemy factions: chain Lightning that enable the ability that does medium damage and has a small knockback, and jumps to nearby enemies as well as ground Smash that allows a one-shot area of effect attack on the ground at the position of the wielder.

Launching of a new event

The event also introduces a new Battle Outfit, Storr Champion, as well as fantastical Illustrious Outfits, flowing with the true spirit of the Serpent. In addition, the event also adds a new execution, Rampage of Ragnarok, as well as themed weapons. 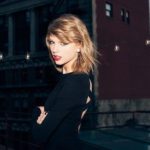 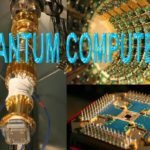 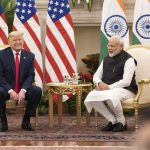 Trump is Incredibly Grateful For Support from Indian Americans

Shusree Mukherjee - June 28, 2020 12:58 pm EDT 0
White House informed that Donald Trump is very much grateful to Indian Americans who support him. The president is grateful for the people living...

Hexnode, an emerging leader in the Unified Endpoint Management market, has announced zero-day support for iOS 13 earlier on September...