Interested in starting an argument you cannot win? All you need to do is say that Android or iOS devices are the better phone operating system, and the discussion will go downhill from there.

Most of us don’t care about which phone we have as long as it works, but some people exclusively use Android or iOS devices. There are various things to consider before buying a phone. How will you use it? Is it mainly for making calls, or do you want access to the best productivity and gaming apps? Which one is best for you? Let’s compare the two operating systems to learn a little more about them.

The average smartphone user cannot discern between Android or iOS devices. They just look at the price, size, and ease of use, and that’s it. However, those with more discerning tastes will scroll endlessly through phone specifications, comparing each device’s pros and cons. The important thing to remember is that regardless of which phone you purchase, it’s most likely running one of two major mobile operating systems: iOS in Apple phones or Android in just about any other phone.

Both systems have been around the block for a while now and have diehard fans who swear the OS they use is the best. Each operating system is also relatively easy to use, though there can be a steep learning curve when switching between them.

Pitting iOS against Android right away, we can see the differences. The iPhone’s iOS can connect with other Apple products. This feature allows you to connect seamlessly between your Apple phone, watch, tablet, desktop, and laptop. This is something Android is working on in connection with Microsoft, but reliability and a seamless connection are lacking in the Your Phone app.

Another point in the iPhone’s favor is a vast market of highly available accessories. You can find cases, screen protectors, car mounts, and chargers in any Target or convenience store. The same is not true for Android accessories regardless of whether they are for Samsung, Pixel, or LG devices. The variety of accessories is endless if you shop online, and the price is likely to be cheaper than for similar iPhone accessories, but you will get what you pay for.

The third point in favor of the iOS platform is software updates. As soon as a new OS version comes out, it is available for download. In comparison, Android updates vary by phone and carrier. More importantly, they’re not available to everyone simultaneously.

Android has a few advantages that make iOS users jealous. The Google Play Store is one of them. Its tidy, organized layout, coupled with the ability to place essential apps on the home screen, is a highlight of the Android system.

A feature unique to Android devices since 2016 is the split-screen mode. This feature lets you use two apps at once. When you need to look up a friend’s address for use in Google Maps, both can be open simultaneously. Using two apps at once is something iPhone users can only dream about for now.

Another key Android feature allows you to prioritize which notifications show up automatically at the top of the list. Also, you can quickly clear the notifications you no longer need with a single swipe.

Which OS Has Better Apps?

Apple has a strict policy requiring top quality from the apps they allow into their app store. On the other hand, Android is an open-source platform that gives users the freedom to install third-party apps from outside the Google Play Store. It is always important to do your homework on any apps before you buy them. You should play it safe and only download apps straight from Google Play Store. If that’s not an option, do your homework and research which apps are best for productivity, language learning, exercise, or visit goodluckmate.com to find legitimate casino apps.

To Sum it Up

Both Android or iOS devices have their pros and cons. If you are looking for an up-to-date device that is easy to purchase accessories for and connects with your other devices, you should consider an iOS device. On the other hand, if you are looking for a device that is easy to use, well organized, and open for customization, then an Android device might be the perfect fit for your needs. Ultimately, the best system is the one that does the work you need it to do! 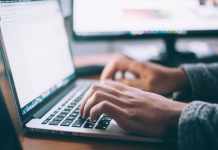