South Africa’s 277/9 Thursday is how they wanted to enter the Test series with England at Centurion. But, for Quinton de Kock, this is not the worst way to start a party.

“I was just trying to show some intent, holding my head and getting out in the game,” said De Kock. “It started happening when I started finding the rhythm.”

De Kock said he could feel the breeze of change in the dressing room: “I told Bouch, I feel like I’m making my debut again. We want to change things. A lot of things have happened. Things are done. We get off the field and we get energized again. There are structures and a lot of people.”

With Vernon Philander showing grit for his 28 not out, De Kock and the rest of the South African players suffered more than 300 – or something – when they lost their next wicket.

‘We have more passion when we play against India,’ announce Pakistan U19 Head coach Ejaz Ahmed 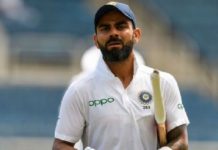 The High Street After Coronavirus

mindmingles - April 23, 2020 8:01 am EDT 0
Our high streets have changed drastically over the last few months. As shops close and lockdowns are enacted, town and city centres are becoming...

Vikings’:This One Decision Makes Ragnar Lothbrok Even More Famous Than He Already Is, See...

Prince Garg - January 17, 2020 12:00 am EST 0
Ragnar Lothbrok (Travis Fimmel) becomes well known from the get-go in the hit arrangement Vikings. He begins as only a rancher assisting on assaults...