Big Little Lies star Zoe Kravitz has been tapped to play Catwoman, the antiheroine and sometime love interest of the Caped Crusader, in Matt Reeves’ upcoming The Batman.

Kravitz will star opposite Robert Pattinson as Batman. Pre-production on the Warner Bros.-DC Comics pic is expected to start this summer. No official start date has been set, although insiders tell Variety that filming could start in late 2019 or early 2020.

The Batman is scheduled to hit theaters on June 25, 2021. Read on to find out more about the exciting news that is set ahead.

Reeves, the filmmaker behind the last two Planet of the Apes sequels, took over Batman directing duties from Ben Affleck in January 2017.

Will she be able to fill the shoes?

Kravitz is coming off her second season of HBO’s Big Little Lies, which aired its finale in July. She also has Hulu series High Fidelity coming out later this year. She is repped by Paradigm.

Anne Hathaway was the most recent actress to embody the thief in 2012’s The Dark Knight Rises. Michelle Pfeiffer also portrayed Catwoman in 1992’s Batman Returns. The feline-suited adversary received her own feature film, with Halle Berry in the titular role, back in 2004.

The cast is also set to include Jeffrey Wright as Commissioner Gordon while Jonah Hill is also in talks for an unspecified villain role. Kravitz’s credits include the Divergent series and Mad Max: Fury Road.

vikas shrivastava - October 22, 2019 5:00 pm EDT
0
Wear OS watches have labored with iOS for some period now, but you do not get all the functionality that you do when you...

vikas shrivastava - August 29, 2019 7:45 pm EDT
0
Four months in the wake of proposing a basic test for the Space Launch System could be evaded to address improvement delays, NASA Administrator...

vikas shrivastava - August 19, 2019 12:49 pm EDT
0
After being locked in the criminal justice system almost all his entire life, the rapper finally decided to tell his side of the story...

Shashakjain - August 11, 2019 8:10 am EDT
0
Disney+ is scheduled to launch itself on November 12th. With the building anticipation in the audience as to what does Disney+ have to offer, CEO Bob... 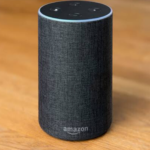 Amazon’ announced it’s New Alexa could have eyes and even walk around in the...

mohit sharma - November 14, 2019 2:00 pm EST
0
Amazon's Alexa device may have eyes and the ability to roam around in the near future as its developers try to improve the product's...

GLOW GIRL Gemma Collins shows off her slim legs while posing in mini-dress with...

Prince Garg - October 31, 2019 12:00 pm EDT
0
GEMMA Collins with pride showed off her slimmer legs as she exhibits with girlfriends in the metropolis on Tuesday. The 38-year-old star was all smiles...