Amazon is developing the all-new wireless earbuds with Alexa built-in alongside having a fitness tracker according to a report from CNBC. The lat st product will be code-named Puget named after Puget Sound by Amazon’s headquarters in the Seattle area.

It is expected to be available for around $100, that makes the earbuds less expensive than its competition, like the $200 Bose SoundSport or the $160 Apple AirPods.

The most important thing for Amazon is that it would give away to put Alexa in the foreground and make it even more accessible by users while on-the-go even if they are operating an iPhone or Android phone which tend to incline towards other assistants.

The earbuds’ fitness tracker will apparently come with an accelerometer and other sensors to calculate distance and pace, as well as calories burned during exercise.

Amazon has collaborated with other fitness tech giants before, like adding Alexa to a FitBit smartwatch this August, but this will be the first health monitor developed in-house by Amazon.

While there’s no official confirmation on the release date or any other information yet, the earbuds may make their first appearance at Amazon’s yearly hardware event tomorrow.

Unlike Apple and Google, Amazon does not possess a built-in smartphone user base for its voice assistant. It might have a lead in the market share when it comes to smart speakers, but those are devices that consumers use only at home.

Amazon needs Alexa to be seen, heard and present everywhere, including when consumers are outside their house or office. Alexa’s presence in a smart device, its own and others, is also a major part of Amazon’s larger strategy.

There is quite nobody like Amazon when it comes to marketing. If the product comes out and rests assured, the sales will definitely be on the up. So will you buy the ‘Puget’? 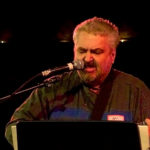 mohit sharma - September 14, 2019 1:00 am EDT
0
Legendary songwriter and artist, Daniel Johnston passed away of natural causes at his home in Texas late on September 12th. Leaving a major void...

WhatsApp to Update New features for Android and iOS soon

mohit sharma - October 25, 2019 4:00 pm EDT
0
WhatsApp is receiving a new update that will soon allow you to block people from adding you to Groups. The privacy-focused feature is now rolling...

Homeworld 3 being developed by Gearbox; Seeks Funds Through Crowdfunding

vikas shrivastava - September 4, 2019 5:15 pm EDT
0
Gearbox Software has proclaimed that it is making 'Homeworld 3'. The computer game engineer distributed the dispatch declaration on its authority YouTube channel and...

vikas shrivastava - September 22, 2019 12:00 pm EDT
0
Camila Cabello and Shawn Mendes have been the talk of the town for quite a while now. Their affection for each other doesn’t seem...

China Can Unload The US Treasuries But They Probably Won’t, Here’s Why

vikas shrivastava - August 26, 2019 11:15 am EDT
0
As indicated by most financial specialists, the possibility that Beijing could offload its Treasuries as once a huge mob keeps on being remote, even...

New Orleans rapper fifth Ward Weebie died at 42- Here’s what is the Reason?

Disney’s New Movie Onward On March 6, Having A Little Something for All Metal...