Just like every next player was signing into the Call of Duty beta on PS4, restless and deprived fans in Russia were struggling to get their hands on to the beta. Of course, Activision has confirmed that the Modern Warfare PS4 beta will not be accessible in Russia, making sure that the multiplatform betas won’t be as such affected and that more information is coming soon. Sony has canceled all pre-orders and has removed all editions of the game from its Russian digital storefront. The users who pre-ordered will be receiving automatic refunds in due course.

“Unfortunately Sony Interactive Entertainment is not able to support the Modern Warfare Beta on PS4 in Russia this weekend. Further information will be shared as it’s available. This does not affect our Beta plans on other platforms next weekend,” an Activision rep infield to Charlie Intel. In order to clarify, it sounds like Activision is saying the two subsequent betas will be available in Russia as planned.

Further, it’s being reported that a.rep for PlayStation in Russia relied on concerns from players who were not able to access the beta, unveiling that pre-orders for Call of Duty Modern Warfare were being withdrawn and that the game can no longer be accessed on the PlayStation Store going forward. Allegedly, this was corroborated by a PlayStation PR rep in Russia, who ensured the PS4 beta would not be available in Russia and that pre-orders would be put on a halt for the moment.

When asked for the reasons behind the removal from the PlayStation Store, conjecture is understandably widespread. Theories gravitate around the realism COD: Modern Warfare portrays, alongside very uncomfortable depictions of elements of the Russian military within the game. These may have forced the authorities within the country to impose a ban, although why only on Sony’s platform specifically is unclear.

Shashakjain - August 11, 2019 8:10 am EDT
0
Disney+ is scheduled to launch itself on November 12th. With the building anticipation in the audience as to what does Disney+ have to offer, CEO Bob...

Prince Garg - August 19, 2019 1:15 am EDT
0
Tekashi 6ix9ine is being accused of faking and staging his own kidnapping and robbery ahead of his new album release for 'Buzz' on Friday, ...

Prince Garg - December 19, 2019 2:00 am EST
0
Star Wars Battlefront II was launched in November 2017, and since then it has been a success attracting a significant share of players. The game...

kratika parwani - October 16, 2019 2:30 pm EDT
0
Unless you've been able to rinse the memory from your brain with industrial-strength bleach, I'm assuming we're all still haunted by that fateful first...

Prince Garg - August 30, 2019 11:45 am EDT
0
Tekashi 6ix9ine also known as Daniel Hernandez is doing quite well in jail as the pictures reveal. In fact, the youngster is quite in...

Jay-Z and Beyoncé have a conflict of Colin Kaepernick interest, Here what’s the matter

vikas shrivastava - September 20, 2019 1:15 am EDT
0
NFL has been in quite huge trouble in the past. NFL had blackballed on Colin Kaepernick that too unceremoniously. The reason was absurd! It...

vikas shrivastava - January 20, 2020 5:00 am EST
0
Rachel and Monica were very best friends, but sometimes Rachel treat like terrible to Monica, and everyone started to ignore. The main characters Friends... 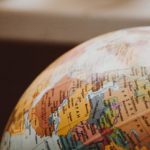 How to Deal with Study Abroad Stress?