Ghost launches a new song and music video titled “Kiss The Go-Goat”, taken from their thriving new EP “7 Inches Of Satanic Panic”, which will launch in stores later this year through Loma Vista Recordings.

GHOST is a Grammy-winning Swedish rock band that has released a video for its new song “Kiss The Go-Goat”.

The audio will be included on a new short term-edition seven-inch single which will be launched on September 27. “Kiss The Go-Goat” will be followed by another new track, “Mary On A Cross”. 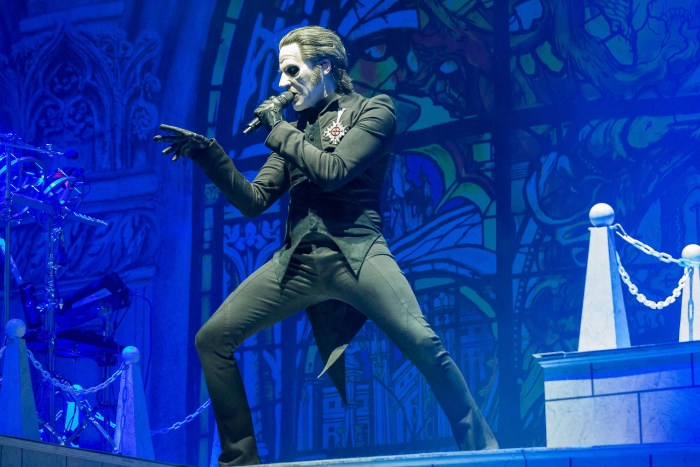 A press release gave the following back story for GHOST’s new track: “During the summer of 1969, a new band called GHOST, led by Papa Nihil played its first song at the Whisky A Go-Go on Hollywood’s Sunset Strip.

The show was to commemorate GHOST’s first launch on Galaxy Recordings, ‘Seven Inches of Satanic Panic’, which was the double-A-side seven-inch track featuring ‘Kiss The Go-Goat’ and ‘Mary On A Cross’.

This original GHOST followup eventually broke up and the single, its tapes, and the band’s only promotion and a live concert of ‘Kiss The Go-Goat’ ever recorded, were lost, that is till recently when the audios and the Super 8 footage were found and recovered by Papa Nihil.

To commemorate its 50th anniversary, GHOST’s ‘Seven Inches Of Satanic Panic’: ‘Kiss The Go-Goat’ and ‘Mary on A Cross’ will be re-launched by Loma Vista on September 27 and can be ordered in advance via GHOST’s web site and from all platforms.

GHOST is popularly known for special, short term-edition items that have been bound to its various album launches —for “Ceremony & Devotion”, an eight-track edition and for “Prequelle”, a seven-inch die-cut-as-rats vinyl disc of the album’s first single track “Rats”, providing the album on a variety of colorful cassette tapes, and the geometric cover for “Prequelle”‘s special vinyl edition along with five alternate covers for the sales edition.

Tyrese Gibson Net Worth, Salary, Earnings, Cars and Much More