With the summer coming, you should look at things you can do to stay safe while drinking this summer. Drinking can be a lot of fun, but you have a few things that you have to understand about it to ensure that you have a good time. When people decide to drink, they should do it responsibly and never let it run their life.

Too many problems arise when people don’t know their limit, and they get so drunk that they make a fool out of themselves. You should even think of it as irresponsible to get drunk like that because of how it can cause you to make decisions that will change your life forever and never in good ways.

Few people ever set the goal to drive while impaired, but they find themselves behind the wheel of the car, and this leads to poor decisions. You never want to be the reason that someone lost a son, daughter, granddaughter, grandmother, or father. In fact, you don’t even want to be the reason that someone else got badly hurt. At the very least, a DUI charge can take years to resolve.

Important to note, you shouldn’t mix alcohol with other drugs because of how the combination can produce a combination in your liver known as cocaethylene. This increases how depressing alcohol feels later, and you have a higher risk that you will act aggressively under the effects of alcohol.

Space Out Your Drinking

Binge drinking has proven especially harmful for the brain and liver. Heavy alcohol use will have a negative impact on the nervous system, and it slows your heart rate and breathing down. Because it interferes with your gag reflex, it raises the risk that you would choke on your vomit. You must remain aware of these things to stay safe from them. Drinking can be fun, but you have to do it responsibly.

You’ve probably heard horror stories about people who accepted a drink from strangers, and while it could be harmless, you have cases where it is downright dangerous. People have awoken to find their wallet missing or that they were sexually assaulted. You should always exercise some degree of caution around people that you don’t know.

If you happen to drink out in the sun, you should have some water on hand. Not only does this keep you from getting too drunk, but it keeps you hydrated as well. You also tend to feel it more when you aren’t hydrated, and you will get drunk faster. Alcoholic beverages have one downside where they could even make your urinate more frequently, which can dehydrate you faster.

One of the ways that you can keep yourself from drinking too much comes from counting your drinks. You can wind up drinking more than what you thought. The other thing to understand is how the drinks that they serve in bars will often contain more than one standard drink. Set yourself a limit to how much you plan to drink and stick to that limit.

As much as possible, try to avoid drinking games. When you binge drink a lot of alcohol at once, you have a higher likelihood that you will get hurt, and you could even get injured. In some cases, people have suffered alcohol poisoning from drinking games. Also, don’t mix alcohol with energy drinks because this can cause you to drink more than your limit. You have to beware of things like this.

Another thing, don’t drink when pregnant. You have to know how to say no. Alcohol can have a severe effect on the child in the womb, and one night of drinking can lead to a lifetime of problems for the child.

READ  Self-development at Home: All About Home-based Capabilities for Personal Growth

Why Rural Towns Are Happy to Invest in Weed

EDC Las Vegas Is Finally Going To Use Entire Speedway for the First Time... 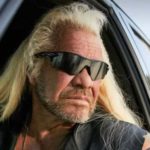 Dog: The Bounty Hunter hospitalized in Colorado due to critical heart condition

vikas shrivastava - September 19, 2019 10:45 pm EDT 0
This weekend, Duane Chapman was hospitalized after suffering a heart emergency. Reports suggest that Duane Chapman or how we know him simply as, Dog...

mohit sharma - October 30, 2019 6:00 pm EDT 0
Recently at the American Academy of Pediatrics 2019 National Conference and Exhibition held in New Orleans, research on the trampoline fractures was presented. Trampoline is...

A New trailer for Top Gun: Maverick Released- Here all the Details

7 initiatives towards an eco-friendly road trip

There is nothing like the freedom of driving on an open road. Road trips are fun, refreshing, and an exciting...