Remember the infamous voicemail that Alec Baldwin had left his then 11-year-old daughter? Well if not let us take you for a walk down memory lane.

The one in which he called her a “thoughtless little pig” while he was going through a tumultuous divorce with then-wife Kim Basinger.

Looks like Ireland might have avenged her dignity back by participating in the Comedy Central Roast of her father.

Here are a few of the highlights via people:

The model also quipped about how she had much in common with other roasters such as Robert De Niro because “like them, I don’t really know you that well either.”

Even though the father-daughter duo had publicly apologized to each other back in the years. It is a well-known fact how the two shared somewhat of a tense relationship. So, for now, the good news is at least the laugh over it.

This is certainly not the first time Ireland has spoken about the incident publicly, previously she had roasted her farther over the same for Spike’s One Night Only special.

While The veteran Star Wars actor’s ex-wife Kim was not there to take a funny toll on him, Ireland poked fun out of her father even on that ” It hasn’t been easy being a daughter of a movie star” chirped the 23yr old model ” but I am not here to talk about my mother. . . or her Oscar” 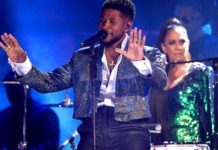 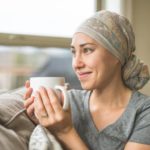 Hair Loss During Chemotherapy in Cancer Can be Prevented now, Here’s the theory

vikas shrivastava - September 16, 2019 1:00 pm EDT
0
Cancer cells tend to grow quickly, and chemo medication kills aggressive cells. But as a result of these medications travel throughout the body, they...

vikas shrivastava - September 26, 2019 10:30 am EDT
0
Wattpad doing everything to expand its global audience — and potential domination in the global market for creating foreign-language TV series and film. The...

Is Birds Of Prey Connected To Joaquin Phoenix’s Joker? Fans are excited to know

Ruchika Jain - October 8, 2019 10:30 am EDT
0
The first teaser for Birds of Prey: And the Fantabulous Emancipation of One Harley Quinn has arrived, and in the midst of all the... 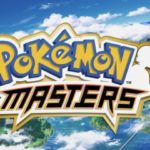 vikas shrivastava - August 30, 2019 8:00 pm EDT
0
One of the most foreseen rounds of the year was really propelled multi-day sooner than its planned discharge. The game, Pokemon Master has discharged... 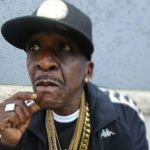 vikas shrivastava - October 13, 2019 11:30 am EDT
0
Blizzard Entertainment is protecting its decision to suspend an esports player for phoning for the liberation of Hong Kong during a live cascade. However,...

OneDrive for iOS update on groupings for shared files

vikas shrivastava - September 20, 2019 4:30 pm EDT
0
STAR TREK DISCOVERY season 3 will be soon making it was way to the streaming service Netflix and CBS All Access. So now the... 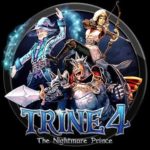 Trine 4: The Nightmare Prince got a lot of love At PAX West; Beautifully...

vikas shrivastava - September 8, 2019 4:30 pm EDT
0
There were a huge amount of uncommon games featured at the present PAX West event, including new nuances on Borderlands 3 and the broadly...
© Copyright 2019 - Daily Bayonet