The 47-year-old actress, Jennifer Garner is currently shooting for her upcoming film Yes Day and posted a hilarious video of her riding on a rollercoaster at Six Flags for a comedy scene on Wednesday. Garner presented her emotions and responses with a humorous perspective when showing her fans the video.

“This is me on Twisted Colossus, a rollercoaster. I’m having a really great time,” said Garner, laughing. In the photo, the actress closely holds the hand of her costar Jenna Ortega. “I’m riding with Jenna Ortega who is a nervous wreck and I’m really comforting her.”

“As you can see, I call her Jenna over and over when her character’s name is Katie. I don’t really believe in being in character, I like to live the moment,” Garner added, continuing to chuckle at her actions. “As you can see I’ve had dental work recently and I’m really pleased with the results. I don’t mind at all going upside down.”

The movie Yes Day reflects on parents trying to make it throughout a day by simply saying “Yes” to questions and requests from their children. Garner guided her own children for years to a “Yes Day,” based on the book Yes Day by Amy Krouse Rosenthal. Edgar Ramirez, Ava Allan, Nat Faxon, Jordan Johnson-Hinds and Adam Faison are also starred in the movie.

The mother of three fulfilled the proposal for her children in 2017 which included camping out in their backyard. Garner posted a sleepy picture of herself, saying, “You’ll never need coffee more than the day after “Yes Day!”.

vikas shrivastava - September 28, 2019 11:00 am EDT 0
Kourtney Kardashian has revealed interesting facts about her relationship with her sisters and which one is 'apparently' as her favorite oneThe 40-year-old Keeping Up... 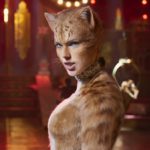 Ruchika Jain - December 21, 2019 8:00 pm EST 0
After receiving some negative reactions from the viewers (this summer) for the film Cats' trailer on using heavy visual effects. The film's producers requested... 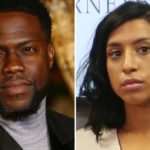 Kevin Hart Is Trying To Get His Sex Tape Lawsuit Thrown Out Of Court,... 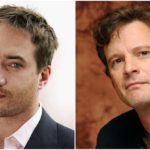 The ‘Colin Firth vs Matthew Macfadyen’- Who’s the better Darcy? yet Not Decided

Prince Garg - November 9, 2019 11:00 am EST 0
It is a war that continues to rage. Every few months, somebody decides to ignite the fire, stoking the brewing battle of the internet...

Tyra Banks and her boyfriend Louis Belanger-Martin are ‘very, very much in Love’

Linking up with Louis Belanger-Martin in the past year, a source tells Page Six that the star “America’s Next Top...