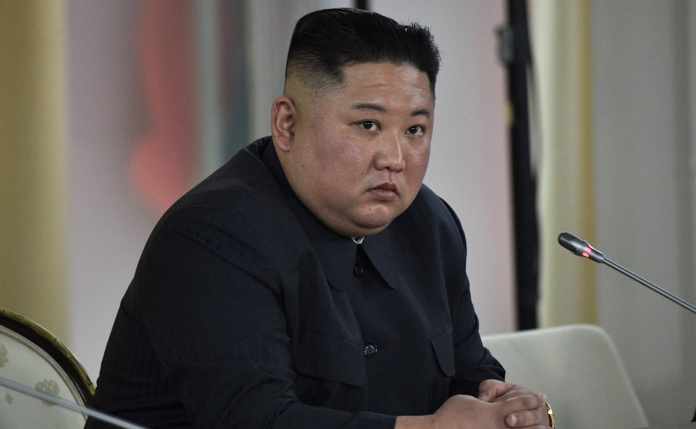 The leader of North Korea, Kim Jong-un, issues an unusual apology after killing an official from South Korea. Seoul reports the incident and adds that the Kim Jong-un apology describes it as a disgraceful event. Besides, the leader also says that he wishes this did not happen. According to South Korean sources, the 47- year old official was first seen by soldiers floating on the Northern waters.

The troop suddenly shot him and set fire to his corpse. There is no clear idea regarding what the man was doing in that area. Some people are saying that he wanted to go to the North. However, the dead officials’ family denies all such rumors. On the other hand, this type of assassination took place the first time in a decade. Naturally, it has given rise to several protests across South Korea. There is always robust policing in the border area between North and South Korea. Moreover, it is not a secret that the North follows a shoot-to-kill policy to prevent the entry of COVID-19 into the country.

Kim Jong-un apology- what was there in it?

The Kim Jong-un apology was a letter sent by the leader to President Moon. The North Korean leader writes that he regrets the incident, which should not have happened. The acknowledgment of the letter’s authenticity comes from the Blue House or the Presidential office of South Korea. According to a source, Leader Kim Jong-un says sorry in the letter showing much disappointment. It is also the first proper comment on the disappointing incident from North Korea’s side.

The same letter also contains reports regarding a thorough investigation of the incident by North Korea. According to the same, the South Korean official was shot over 10 times. The Northern troops caught the man. However, he was unable to provide them with proper identity proof. The head of the investigation throughout was Suh Hoon, Director of National Security of South Korea. However, officers from North Korea deny the burning of the body. Instead, they said that they burnt only the carrier material.

See also  WHEN WILL ‘THE HANDMAID’S TAIL’ SEASON 4 PREMIERE ON HULU? ARE THERE ANY PLANS TO RENEW THE SERIES?

Later, Mr. Suh reported that the North Korean soldiers could not locate the unknown trespasser after the firing. Then the device was burnt, fearing disease and infection according to disease control measures of national emergency. Now, the Seoul Presidential office is finalizing whether or not to release the unique letters between the two countries’ leaders. In one of the Kim Jong-un apology letters, the leader says that he understands the hardship and pressure regarding COVID-19. He speaks about all health and safety measures regarding the pandemic, and also the typhoons. Kim Jong-un says that he feels heartfelt empathy regarding the suffering and pain of the South Korean people.

The description of the event

The 47-year old man was also a father of two and worked for the fisheries department on his regular patrolling. When the North Korean soldiers saw him, the man was around 6miles (10km) away from the country border. He was close to Yeonpyeong Island before his disappearance on Monday, September 21. The South Korean Department of Defense is still going through the reports.

According to the South Korean media, the dead man recently went through a divorce and was also experiencing financial issues. The North Korean soldiers found him on Tuesday, September 22, around 15:30 local time. The man was wearing a life jacket and did not answer the officers regarding his identity. Soon, a senior officer instructed others to shoot him. Media reports that the troops further set the corpse on fire.

Despite an unusual Kim Jong-un apology, President Moon Jae-in is not ready to accept the incident. It has come down as a big shock, and he calls it intolerable. Moreover, he is also urging North Korea to undertake steps regarding the cruel attack on an innocent man. The South Korean Council of National Security confirms that the North Korean counterpart has no justification for the incident. They have shot a person who did not show any resistance to the attack.

Officials state that even after a thorough investigation, they cannot understand the decision-making of the Northern troop. They are trying to find out the reason that made the troop doubt the man and shoots him. Earlier in June, North Korea disrupted all communication channels between them and South Korea. Besides, the military hotline and the liaison office was also unavailable.

Background of the incident

The apology from the North Korean leader comes when the relationship between both the Korean countries is terrible. There is an almost-war situation between Washington and Pyongyang regarding the North Korean nuclear program. Earlier, despite several apology demands from North Korea, the Southern counterpart never received one. The did not apologize for the 2010 sinking of the warship or the shelling in the same year. Both times, several people were injured as well as killed.

It seems North Korea is too authoritarian regarding its safety measures against the coronavirus. They especially want nothing to go wrong before the October 10 event. It will be a big day for the country on which they will witness a historic military parade. The event is a celebration to mark the 75th founding anniversary of the ruling party of workers.

Earlier in January, the China-Pyongyang border was wholly shut down to prevent the coronavirus. According to the government of North Korea, there is a maximum level of an emergency order in the country.