While not as abundant as the full game release, there are still several weapons to use in the Call of Duty Modern Warfare Beta game.

The Modern Warfare Beta is stuffed with a lot of weapons that gamers will be capable to try out ahead of the game’s full release on October 25.

But, there is only a handful of those that are currently available, as most of the weapons are past the current level cap, which was set to 10 for the first day of the beta.

That being said, here are the best guns to use from each class from the first day of the beta.

While one of the default classes contains the FR 5.56 rifle, which certainly is a powerful one, the M4A1 is certainly the one that packs the most knocks.

Its versatility enables it to be effective at long, medium, and short ranges, and so players with fast reaction times can certainly use it as both an AR and SMG in one.

There are only two SMGs that are available under level 10, and there’s no doubt that the MP5 stands out much more than the MP7.

The 725 may offer better numbers than the Model 680 in every category except damage, mobility, and control but the one major drawback to the 725 is that it has only two bullets in its chamber.

The Model 680 still deals a good amount of damage, and its larger clip size is arguably more worth having that longer-range or accuracy, neither of which are important for a shotgun.

Want to Know What Will Happen in Politics in 2020? Ask the Bookies 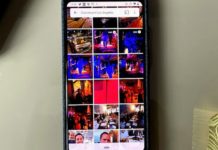 How to Boost Your Well-Being and Happiness in 2020

Prince Garg - March 5, 2020 3:30 pm EST 0
And Willem Dafoe? Matt Reeves, director of the film, confirmed that he would have the Joker as one of his villains' expectations for the...

Hermione, Emma Watson Is Dating This Mysterious Guy And We Bet He Isn’t Draco...

admin - August 8, 2019 12:15 pm EDT 0
Emma and Tom's shippers were shocked when Emma was spotted with her alleged brand new boyfriend. Tom and Emma were speculated with dating rumours...

Bring on the popcorn: The tiny, portable projector will turn any wall into a 200-inch movie theater screen — and is more than 60% off

To watch on the normal television screen is…..well… normal! What if you can have a rich cinema theatre-like experience at...