Mark Hamill, the actor known for his iconic role as Luke Skywalker in “Star Wars,” faced the heat from Netizens for his comment on a family photograph of Ivanka Trump posted on Instagram in which one of her sons was cosplaying as a stormtrooper from Star Wars.

Ivanka Trump doesn’t really get a lot of sympathy from the public at all but in all fairness, the photo was a very sweet one: Ivanka Trump was in a casual evening dress and she was next to her husband, Jared Kushner, who spotted a tuxedo.

Next to Ivanka’s side stood her son wearing a stormtrooper outfit, who was doing it for the camera.

She captioned the picture with “The Force is strong in my family.”

Mark Hamill quoted out the photo with the comment on his Twitter: “You misspelled “Fraud.” He also used the #GoForceyourself hashtag.

Many users called out Mark by telling it’s only a child wearing a Star Wars costume. They were critical of the star apparently attacking a small child.

Mark Hamill definitely had a lot of supporters. Many claimed that he obviously directed the comment at Trump, Ivanka and the others for their reported misdoings. Many also applauded his comment for its timely wit.

“When did he specifically say a stormtrooper? He did not. He said her family is a farce, which they are. Don, Eric, and Trump are all frauds,” the post read.

Ivanka Trump has been in news recently for her ‘lazy’ appearance in the UN Climate Summit.

She was criticized for attending the event without any prior research and coming to it straight from a wedding party in Rome.

Ivanka Trump has also praised her father, Donald Trump the US president for being the first president to “host a meeting at the United Nations on religious freedom.”

Here’s How can you Lower Cholesterol Levels Naturally Through Diet?

vikas shrivastava - October 5, 2019 5:00 pm EDT
0
Cholesterol is constructed in your liver and has many significant functions. For example, it enables you to keep the sides of your cells flexible...

vikas shrivastava - August 31, 2019 1:00 am EDT
0
Sacha Cohen's 'Spy' creates fervor: It would appear that Sacha Baron Cohen has dove amazingly deep covert for his most recent job in Netflix's actual...

Taylor Swift provoked fans to go after her rivals : Here what happened Now!

vikas shrivastava - October 3, 2019 1:30 am EDT
0
It looks like Foo Fighters will start recording their new album, as per reports post their recent Rock in Rio performance. In an interview, the...

vikas shrivastava - August 31, 2019 10:30 pm EDT
0
Tesla reported on Wednesday that they are prepared to offer rates that are extending somewhere in the range of 20% and 30% lower than... 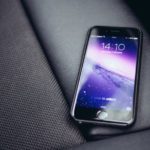 vikas shrivastava - September 24, 2019 12:30 pm EDT
0
Wireless chargers are so enormous, but there is one issue that manages to annoy some people: when you tour, packing a wireless charger is...

vikas shrivastava - September 10, 2019 4:45 pm EDT
0
HALO’s Ooon, Yoondong, and  Heecheon are going to be obtaining a second probability at debuting through “Produce a hundred and one Japan.” “Produce a hundred...

vikas shrivastava - September 3, 2019 6:03 am EDT
0
The spine-chiller dramatization that has the senses that the removed Spanish cousin of arrangement like Gossip Girl, Big Little Lies, and Riverdale—brimming with equivalent...
© Copyright 2019 - Daily Bayonet