last week, Flipkart announced that it entered into a partnership with Nokia to launch Nokia-branded Smart TVs in India. Apart from confirming that the Nokia Smart TV will come with JBL audio, Flipkart did not reveal much else about the upcoming television.

A new report now claims that the Nokia TV will sport a 55-inch 4K display and this has also been confirmed through certification by BIS (Bureau of Indian Standards). Read on to find out more.

In the latest report, the Nokia-branded Smart TV that will debut in India will bring a 55-inch screen with 4K UHD LED panel. The Nokia TV will also run on Android 9.0 and will support Google Play Store.

This means the Android TV will give you access to a number of apps on the Play Store including popular streaming platforms.

Made using the finest technology

The report adds that the Nokia TV will come with an Intelligent Dimming technology that will offer better contrast, deeper blacks and overall better display quality.

You can also expect the Nokia-branded Smart TV to come with streaming apps like Netflix, Prime Video and more preloaded.

Words from the retailer

For those unaware, Flipkart has entered into a strategic relationship with Nokia that gives it the right to use the Nokia brand for smart TVs in India. Interestingly, Flipkart also has its own smart TV range under its private label, MarQ by Flipkart.

READ  Hong Kong's very popular fortune teller show all What's in store for the year of the Rat?

In a statement, Flipkart also said that as part of the government’s ‘Make in India’ initiative, it will facilitate the manufacturing and distribution of Nokia branded smart TVs as well as manage end-to-end sales to create thousands of new jobs.

Keep an eye out for it

We don’t have an exact date of launch for the Nokia TV, but it is expected to happen in early December.

The Nokia TV is expected to launch with a competitive price tag to take on Xiaomi’s Mi TV, OnePlus TV and Motorola TV in India. Flipkart said it is targeting Tier-2 and Tier-3 cities to strengthen its presence in the TV segment. 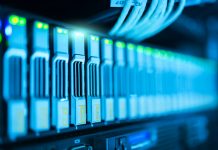 The Dark Pictures Anthology: The Man of Medan, Everything You Should Know About

kratika parwani - September 3, 2019 1:00 pm EDT 0
One of the multiple installments in The Dark Pictures Anthology, Man of Medan is the latest horror game to come from Supermassive Games. Generated...

My Hero Academia Season 4: Everything you need to know! 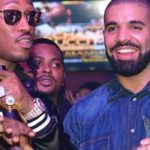 Drake & Future, We Know Everything About Rumored ‘What A Time To...

Prince Garg - January 11, 2020 10:00 am EST 0
Drake and Future know how to play with our emotions these days. After weeks of making fun of fans with possible new music and...

Love Simon Spin-Off ‘Love Victor’: Here’s What You Should Know About The Controversy

Hrishkesh Singh - February 28, 2020 3:00 pm EST 0
One of Hollywood's pending tasks (and it has many) is the diversity in its productions. The vast majority of blockbusters, if not all, have...

Motorola’s razr now as a foldable android smartphone – specs inside

After months if not years of rumors and speculation, the Motorola Razr, which was a household name in the mid-00s...