An emergent announcement by WM Entertainment has apparently left fans of Oh My Girl all over the world in shock. Kim Ji-Ho better was known by her stage pseudonym as Jiho was provided a reprieve due to her seemingly deteriorating psychological anxiety condition. According to the official statement released by the entertainment company on the 13th of January this year, Kim had been making rounds of the hospital since the last half of the previous year. However, her condition instead of showing signs of improvement had been worsening and due to this very reason, the personnel deemed it appropriate to prioritize their star’s health above all else and grant her an abatement until full recovery.

The Oh My Girl star debuted with their first extended play and single “Cupid” in 2015 alongside co-stars Hyojung, MiMi, Yoon, Seunghee, Arin, Binnie, and Jena. Unfortunately, soon after their first solo concert in August 2016, Jena was given a hiatus due to severe symptoms of anorexia by the Lee Won-Min founded the company.
The year 2018 turned out to be a breakthrough for the troupe’s career with hits such as Secret Garden and Remember Me. The very next year, they debuted with a Commemoration Live Tour in Japan and their first Korean studio album “The Fifth Season”, which was followed by them being runners up in “Queendom” with their single Guerrilla.
Will OMG be the same without another one of their star vocals succumbing to physiological issues? Will Jiho exit the group like Jena?
No, it definitely won’t and we certainly hope not. WM Entertainment and fans all over the globe alike are wishing Kim a speedy recovery, praying that her hiatus be a short one. In the meantime, the company expects and urges fans to maintain their steady supply of love and support for OMG.

Pathak - September 19, 2019 7:00 pm EDT
0
As per the study author Dr. Douglas Brand, from The Institute of Cancer Research, “Men would get the same benefit while having to spend... 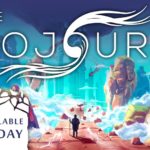 Atmospheric Puzzler’s The Sojourn Out Now : Available on PC, PS4 and Xbox One

vikas shrivastava - September 23, 2019 9:00 pm EDT
0
The Sojourn was amongst the few enigmatic reveals of the E3 and Game cons. The game is created by Shifting Tides and published by...

vikas shrivastava - September 18, 2019 12:30 pm EDT
0
Weight gain and obesity have become a huge issue for us at the present time. There are tons of people all around just struggling...

vikas shrivastava - September 7, 2019 5:00 am EDT
0
Microsoft fellow benefactor Bill Gates will be the subject of another three-section narrative to be discharged on Netflix one month from now. "Inside Bill's...

Oppo: Reno Ace confirmed to be launch in October 10 in China

vikas shrivastava - September 18, 2019 10:30 am EDT
0
During its recent launch event in China, Oppo excited the arrival of the city Ace its new flagship smartphone, that is slated to arrive...

Tisha Campbell shares Details Of Her Childhood Rape- Here’s what happened to her?

vikas shrivastava - October 5, 2019 7:00 pm EDT
0
Actress Tisha Campbell opened up honestly regarding the traumas of childhood rape when she explains about being assaulted when she was merely three years... 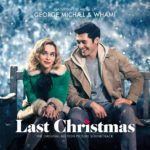 Pathak - September 27, 2019 2:00 am EDT
0
Have you been so eager for Death Stranding that you've been saving a console purchase for it? You're in luck. Sony has unveiled a...

Why Will Smith and Jada Pinkett Staged an “Intervention” for Jaden? Exclusive information inside

vikas shrivastava - September 26, 2019 5:30 pm EDT
0
Will Smith and Jada Pinkett were practically forced to stage an intervention for Jaden, their son, and rapper. They had to do this to...
© Copyright 2019 - Daily Bayonet