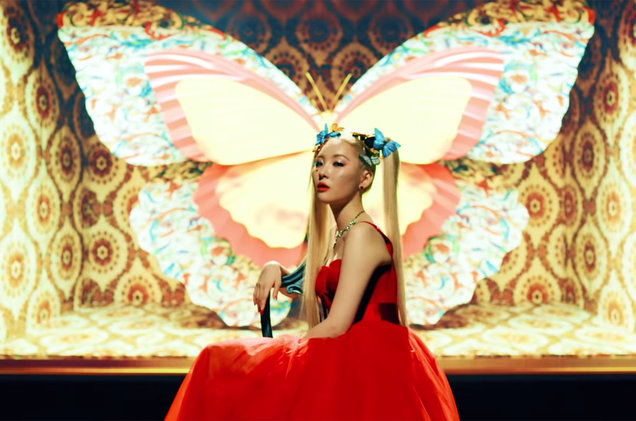 K-pop star Sunmi released the music video for her new song LALALAY and it’s the single best thing we’ve heard in a while. From creative to catchy to an abundance of color, the video covers almost every aspect needed for an audience to get sucked into its trance. Combining Latin pop and Korean music, the singer has taken her brand new second single that’s she ever worked on to her fans and we, frankly, are living for every second of it. Without further ado, here’s everything you need to know to make you go sweet for Sunmi.

A look above the sunshine

Inspired to write the song after taking a vacation in Mexico, Sunmi based the lyrics to the new second single off of the fun fledged energy that the country is famous for. Also taking inspiration from the type of people she met while she was on her tour, she wrote the lyrics for the song and co-composed it with music producer, FRANCE.

Since releasing LALALAY, the song peaked at No.1 on the Melon, Genie, Bugs, Mnet, Naver, and Soribada charts in South Korea. Referred to as the queen of aesthetics and visuals, the singer fell no short of doing justice to her label in her newly released music video as well. Sunmi, once again, accounted her profound inspiriting into composing such a bop song that included written lyrics with hidden symbolism and meaning all the while beautifully portraying them on screen. Check out Sunmi’s LALALAY for yourself by clicking on the link below.

See also  Liam Hemsworth Opens Up For The First Time After Miley Cyrus Split-Up, Details Inside