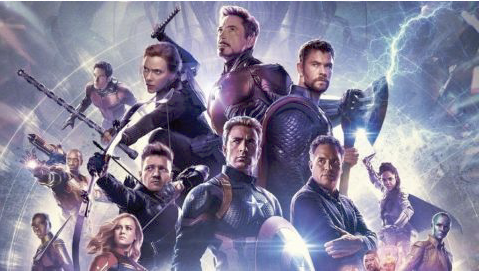 Since the 90s, the Marvel Cinematic Universe has introduced us to numerous fascinating characters via Marvel comics. To begin with, the world has witnessed the real-time craze for Marvel movies and comics among the youth in the Big Bang Theory, the famous comedy-drama of all time. Even though Sheldon’s love for science remains overrated when it comes to his passion concerning the very famous Iron Man, Doctor Strange, Ant-man, Thor, the Hulk, and so on. Are you ready to witness the specialty of these movies by yourself? Because we are presenting Marvel movies in order.

Yes! In the following reading, you can outline the best marvel movies in order for you to start from where Marvel Studios started. Thus, let’s begin:

2008 Iron Man by Marvel Studios is the first original work in the name of Marvel Cinematic Universe. This movie revolves around Tony Stark who manufactures weapons and Iron Man. However, somehow the nemesis captures this amazing artist in their territory. Further, comes a lot of action and adventure.

This 2008 movie after the iron man had stunned its audience with the first big-screen view of Hulk. He is green, he is bulgy, and he is fiesty. What else do you need in a hero? This nearly 2-hours big-screen action includes the transformation of normal man into Hulk via gamma radiation. However, there is a lot that begins after the final transfer. Thus, watch marvel movies in order and connect the dots!

After the success of Iron Man 1, Marvel Cinematic Universe has brought us a double adventure in Iron Man 2 with an additional interesting character called “black widow.” In this movie, Tony Stark, in the beginning, is acknowledged as Iron man to the world. However, consequently, he makes some nemesis out there and it is time to kick-off their power.

Thor is another excessively prominent character in Marvel Comics. Well! Wait till when you view him on the big screen. Thor has his own kingdom called Asgard at the beginning. However, he comes to earth. Furthermore, he falls in love, however, in the meantime, he attracts enemies during the ancient war. Thor and its hammer offer some real-time action on the screen.

Once again, how can the world live without the existence of Captain America in the fictional universe? That’s right! This movie revolves around the concept of World War II and Captain America who is beginning to defeat all those who are a threat to the world via a serum that will increase his power.

The Avengers 2012,most famous marvel movies in order

“The Avengers” came out in 2012. This was the first MCU movie that introduced all the superheroes on a single screen. That’s right! Iron man, Hulk, Thor, and Captain America. To begin with, the movie revolves around New York City which is on the verge of destruction. But, all superheroes first have to find a way to cooperate with each other.

For the most part, it has become clear that MCU does not get enough of Tony Stark and so do the fans. The best part is, in this Iron Man big-screen action, a new villain, a.k.a “the Mandrin” appears. Whoops! This is going to be a lot of fun watching Marvel movies in order.

This one is Thor’s second movie with Marvel Studios. Well! In these marvel movies in the order list, Thor is fighting against a dark elf known as Malekith. However, later Thor finds himself defeated by a friendly-face because this has to be done. Hammar Em out!

This movie came out in 2014. To begin with, Captain America is fighting against S.H.I.E.L.D (the part is inspired by 70s cinema). However, there are some friendly faces that are with CA in this fight.

Guardians of the Galaxy 2014

Romance is significant at some point. Thus, in this movie, various superheroes from out-of-the-world will come to protect a powerful stone. Further, protect the misuse of the stone. Among all this, MCU has brought a factor of romance as well. Not very much, but it is there!

This movie revolves around the creation of Tony Stark, I .e… A.I who is now on his mission to destroy the world. Hence, superheroes from ages are coming together to stop A.I. Watch marvel movies in order so that you know all the superheroes are their powers. It makes it more fun.

Without a doubt, the creativity of marvel is beyond. In this 2015 marvel movie Ant-Man, a normal man transforms into Ant. however, he feels that he does not receive as much respect as he must. Thus, he tries and proves the superheroes wrong by verifying that his power is beyond his size.

In this marvel movie in order, Captain America: Civil War attracts both drama and action. To begin with, the drama is between CA and Iron man. On the other hand, more than many superheroes come together in this war to defeat their powerful enemy.

Doctor Strange MCU movie revolves around once again an amazing transformation of a human neurosurgeon into a mystical sorcerer supreme. Witness his power in 2016 MCU special Doctor strange. It is more than the action that you need.

Guardian of the Galaxy Vol. 2

This movie came out in 2017. This amazing MCU movie revolves around some emotional drama that includes the meaning of family. It comprises many superheroes who come to earth from space after an adventure along with Groot.

When it comes to superheroes, how can we forget the most famous one? Yes! Spider-man. In this movie, Spider-Man is still in high school. However, now he finds comfort among other superheroes and receives a lot of inspiration from them.

Remember, “the big green human-superhero.” Well! In this movie, the God of Thunder in search of Thor comes to earth. However, he has to go back to Asgard in order to prevent his kingdom against Hela. watch this movie to find out what happens next!

If you are bored of seeing all the white superheroes, it is time to watch Black Panther 2018. In the movie, the black panther builds an isolated world for his people. However, the city is facing some threats. Watch marvel movies in order list to find out who comes to the rescue.

In this movie, the viewers will witness the biggest villain against humanity of all times, aka Thanos. Watch the movie to evident who comes to the rescue of humanity. Spoiler alert: all the superheroes from Marvel Cinematic Universe.

This movie by MCU is basically the return of Ant-Man into the quantum physical realm as an addition. However, earlier in Avengers, the Ant-man role wasn’t much into the spotlight. To begin with, in Ant-Man and the Wasp, there are some amazing moves of Ant-Man that will make you fall in love with him.

Up until now, every fan of Marvel Cinematic Universe has a little thought in mind “woman as the main title.” Thus, Here it is… Captain Marvel 2019. To begin with, Captain Marvel was an Air force pilot. She comes back to earth in the 90s, I .e.., in the past to resolve some conflicts with space aliens.

This is the 2nd latest movie by Marvel Studios in the list of Marvel movies in order. Spoiler Alert: It is the end of Thanos. The biggest villain of all times. The movie starts in a scene where everyone has died. Although, superheroes are alive. Well! Well! Well! Ain’t that too much? What’s the backstory, you have got to watch it!

After the amazing Avengers End game, to end 2019 at better terms, MCU has brought Spider-man: far from home which revolves around the closing of high school of Peter Parker with a small trip to Europe. However, there are some unexpected barriers for Spider-man to overcome.

What are upcoming Marvel movies in order?

Epilogue for Marvel movies in Order

By definition, the Marvel Cinematic Universe is the world of action between fictional characters. However, these outstanding movies make our childhood full of adventure and beyond. For the most part, with the creations of Marvel Studios, the upcoming generations will be kept entertained. There’s no doubt!