On 30 August 2019, Carnival row season 1 first-ever premiered on Amazon prime. To begin with, within 8 months, this American web series has gained over 88% of the audience score. However, the 55% critical score is still questionable. On one hand, Carnival row season 2 is due to launch amid the COVID-19 Epidemic. But, on the other hand, the viewers of this neo-noir fantasy-based series are polishing their memory of this show by reviewing it on Amazon Prime. This tells us one thing, whether the audience or critic, everyone’s eyes are waiting to see what happens in the show’s second season.

So, do we have an update on Carnival row season 2 new release date? Well! Let’s get started to know more:

Will there be a second season of Carnival row?

To begin with, after eight outstanding episodes in season 1, the show had left the audience in suspicion of what happens next? The season one ends (Episode 8: The Gloaming) when Philo joins Vignette. To be honest, we are yet to witness how long Jonah and Sophie will remain alliances? Above all, will Philo remain to embrace his ghetto background or will he restart on his journey of justice?

Well! Since, Rene Echevarria and Travis Beacham, the creators of the show have left the audience in a lot of suspense, there will surely be a Carnival row season 2.

Before the premiere of season 1 in August 2019; the creators of the show announced the renewation of the show for its second season already in July 2019. Thus, without a doubt, the fan-base of the show assumed it to be out sometime in 2020. However, due to COVID-19, a lot of prominent shows were delayed for the launch of their next season. Check out the below list:

Hence, if you are asking “Is Carnival row season 2 delayed?” Well! We regret to inform you that yes, the show’s second season launch has been delayed until 2021.

Is there a Carnival Row season 2 trailer?

Unfortunately, Amazon prime has not published any video-based teasers or trailers for the next season of Carnival Row 2. However, to begin with, we are presenting a brief the show’s last episode to help our readers recreate the memory of this amazing show. Also, check out Carnival Row season 1 trailer below:

Who all are in the cast?

The latest episode of Carnival Row is titled as “The Gloaming.” As the title suggests, this episode comes with glinting of various hidden facts of the show such as Philo is still into his ghetto-background. Further, He interest fully joins Vignette and faces there. Apart from this, Jonah gets to know that Sophie is only her half-sister. For the most part, in this last episode, the fact that the witch has been killed unfolded. What changes will that bring into the story? We are yet to see! Thus, stay tuned! 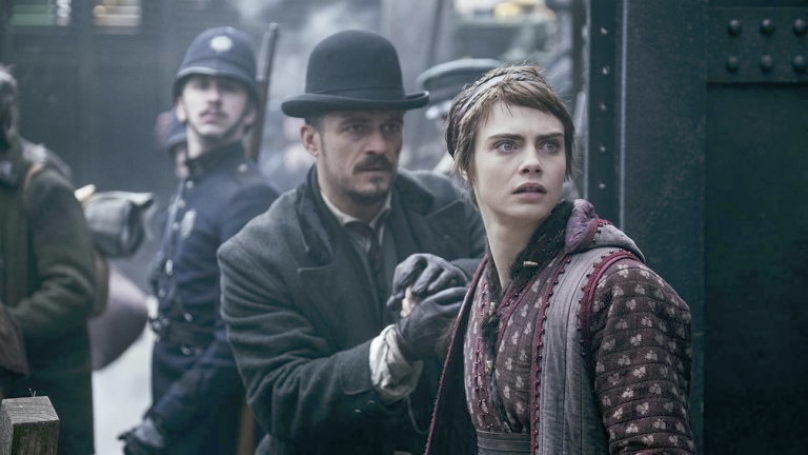 Now, we hope you know everything you wanted to know about the Carnival Row season 2. In this reading, we have polished your memory on various facts of the show. It is time to wait for the COVID-19 epidemic to resolve soon and we get back to viewing the next seasons of our favorite shows. Till then, stay tuned with us! We will update you on the Carnival Row season 2 trailer soon.